We Asians are known to eat anything and everything (bull testicles or fried grasshoppers, anyone?) but what about Mexicans?

The tacos we’re more familiar with are often filled with meat (chicken, beef) or seafood (fish, shrimp), but in Mexico, the toppings are just a bit more interesting. Almost anything can be put on a tortilla.

Here are the 7 most… fascinating toppings we’ve found.

A.K.A.: Ant larvae. Escamoles are the eggs of the giant black Liometopum ant. They are harvested from the roots of the Agave Tequilana or Agave Americana plants in Mexico. The Liometopum ants are highly venomous, but don’t let that put you off! Escamoles are full of protein, vitamins, minerals and salts. Just think of it as “insect caviar”.

The Taste: Escamoles have a poppy, crunchy texture, especially when fried. They taste buttery and slightly nutty, with a cottage cheese-like consistency. 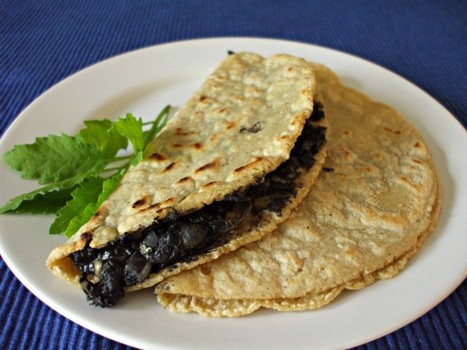 A.K.A.: Corn smut. Huitlacoche – meaning “sleeping excrement” in Nahuatl (Aztec) – is a fungus that grows on corn kernels. It is considered a delicacy in Mexico and worth more than the actual corn. Huitlacoche dates back to the Aztecs, who would consume both the corn and the attached fungus.

The Taste: Although it doesn’t look very appealing, Huitlacoche has a tender texture that resembles most mushrooms. It also has a mushroom-like taste that is rich, sweet, savory, woody and earthy. 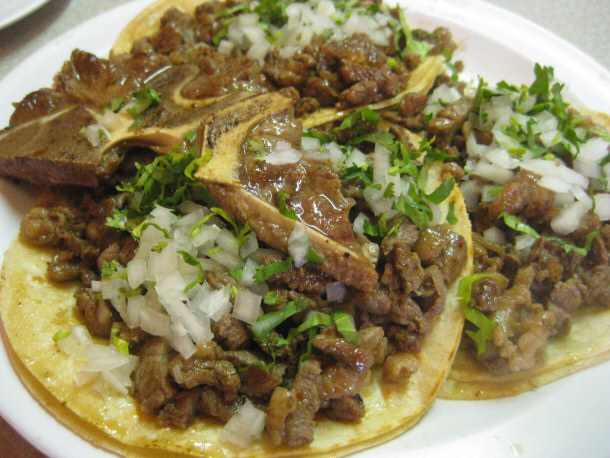 A.K.A.: Cow tongue. Tasting an animal’s tongue isn’t the most appetizing thought, but Lengua is diced up before being put in tacos so you’ll barely notice what you’re eating!

The Taste: Many people, including domestic goddess Martha Stewart, enjoy the taste of Lengua. It is crispy if charred over the parrilla. Otherwise, it is very tender and moist, with a taste resembling brisket and corned beef. 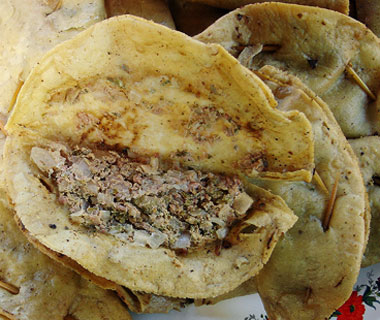 A.K.A.: Beef brain. Like many other cultures, Mexicans make use of every part of the animal in their cooking. This means that anything that can be eaten should be eaten!

The Taste: Sesos is fried and has a mushy, soft texture. When eaten, it is likely you will only be able to taste the condiments it is topped with, like lime juice, cilantro and chopped onion.

Be Warned: Sesos has high levels of cholesterol. It is restricted in certain areas around the world as people may contract Mad Cow Disease by consuming the nervous tissue of a diseased cow. Eat at your own risk! 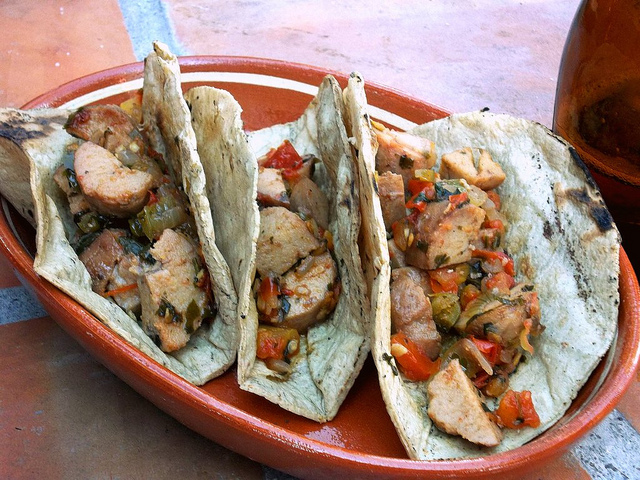 While the bull is still young, its testicles are removed to allow it to grow meatier and behave in a less masculine way. But why on earth do people eat animal genitals? It is said that eating a healthy animal’s organ may correct an ailment in the corresponding human organ of the male person eating it.

The Taste: Sinking your teeth into Criadillas feels no different from biting into a hotdog. They are crunchy and chewy, and have been described as tasting “rich”. 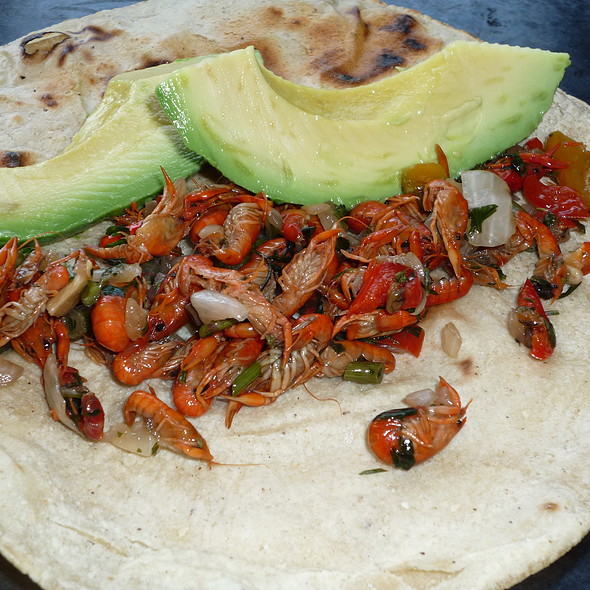 A.K.A.: Crayfish. Also known as “freshwater shrimp”, acociles were once an important source of protein and calcium for the Aztec civilization.

The Taste: Just as it was done in the pre-Hispanic times, acociles are boiled, rolled in tortillas and eaten with chili. They look and taste like shrimp, but are much easier to eat – there is no need to remove their head, limbs and shell because of their small size. 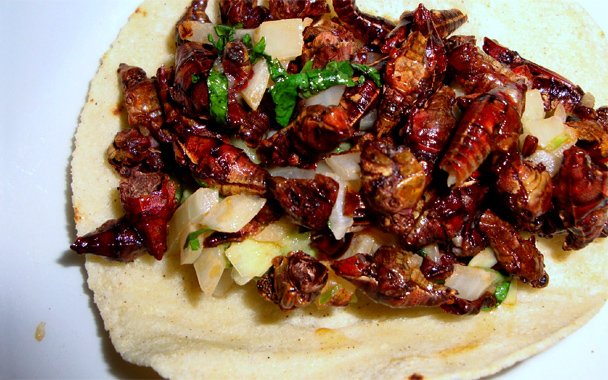 A.K.A.: Grasshoppers. Chapulines are a popular snack in Oaxaca, possibly due to the fact that they are cheap, high in protein and low in fat.

The Taste: After being washed thoroughly, the critters are toasted with lime juice, garlic, and salt. The end result is a sour-spicy-salty taste, with a memorably crunchy texture.

Be Warned: Grasshoppers can sometimes contain parasites, so they must be cooked very thoroughly. They are also still believed to contain high amounts of lead, so try just a handful if you are curious!

Well… there you have it. It seems like Asians and Mexicans aren’t that different after all. If you find these appetizing, you might be the adventurous sort… or maybe you’re just hungry enough! Either way, why not give them a try?

Which of these exotic Mexican snacks would you like to try the most? Leave us a comment to let us know!