Dance has certainly evolved over the years – It’s amazing how even though we only have this many limbs, we are able to move them to create so many different dance steps and styles. The world is filled with different dance forms, all with their own cultural flavour.

Here are five dances which we think are fun to follow. See if you can keep up! 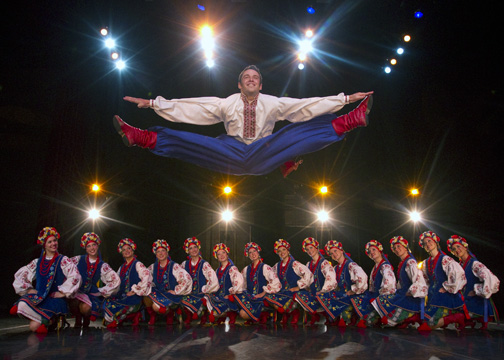 The Hopak is a Ukrainian dance often referred to as the “National Dance of Ukraine”. “Hopak” comes from the verb “hopaty”, which means to jump, hop and stamp on one’s feet. The dance is most often performed as a solitary concert dance by Ukrainian dance ensembles and performers of folk dances, but has also been incorporated into performances in operas and ballets. Complex acrobatic movements are often used as they perform to fast-tempo songs.

Check out this incredible performance by the “Veselka” ensemble. The lighthearted music makes me feel as if I’m in Disneyland:

Interested in trying out the Hopak? Here is a quick tutorial by YouTuber protheory on one of the moves. 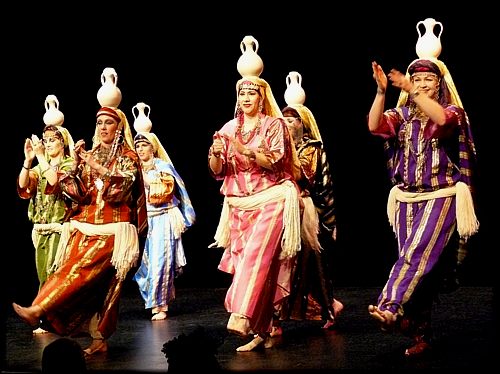 A national symbol for Tunisia, the Raqs al Juzur is a folkloric style of dance, performed by both men and women at weddings. As the music gets faster, the dancers twist their hips with larger and larger movementswhile balancing a water jug on their head. This twisting movement of the hips is similar to the Twist dance of the 1960’s. It has been said that the Raqs al Juzur was created in the southern region of Tunisia, where ceramics was a main industry.

Here is a heart-stopping performance by Malia and New Moon for your entertainment pleasure:

If you’re not confident in balancing a pot on your head, you can simply bellydance! Join a class in Bellydance Discovery, the biggest bellydance school in Singapore. 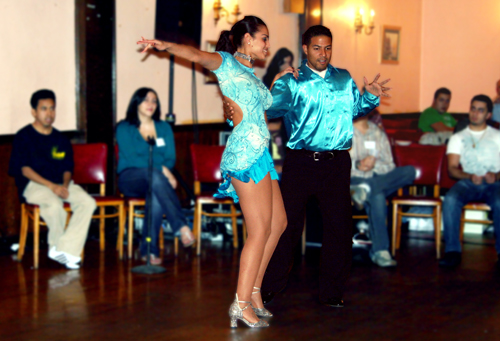 The Cumbia is known as one of the most melodic musicial genres of Colombia. The music is a blend of the African, Indigenous and European cultures where the rhythm of the African drums blends with the melody of the Indigenous-based flute combined with the European influence in the variation in the melodies, choreography and costumes of the dancers. Cumbia dance is characterised by a “wind-up” motion done in a circular pattern, and shares many common moves with the Swing dance.

Watch this lively performance by Rosie and Israel Coronado, but don’t get dizzy!

While we don’t have Cumbia classes in Singapore, you can try Salsa dancing, along with dances like the Mambo and the Cha Cha Cha in Singapore’s En Motion Dance School. 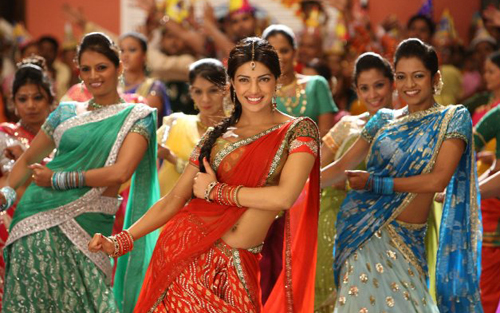 If we’re talking about fun dances, we can’t forget about Bollywood.

The term “Bollywood” comes from a combination of “Bombay” (now known as “Mumbai”) and “Hollywood”. Over the past few decades, Bollywood films have given rise to their own genre of dance, which is a combination of India’s folk dance and many classical forms like “Kathak”, along with Western dances like jazz, hip-hop and modern dance. The dance is extremely coordinated and precise, to the point where the fingers must even move in a particular way.

Enjoy this vibrant performance by Ranbir Kapoor and Deepika Padukone. If you want more, this dance number is from the movie “Yeh Jawaani Hai Deewani”: 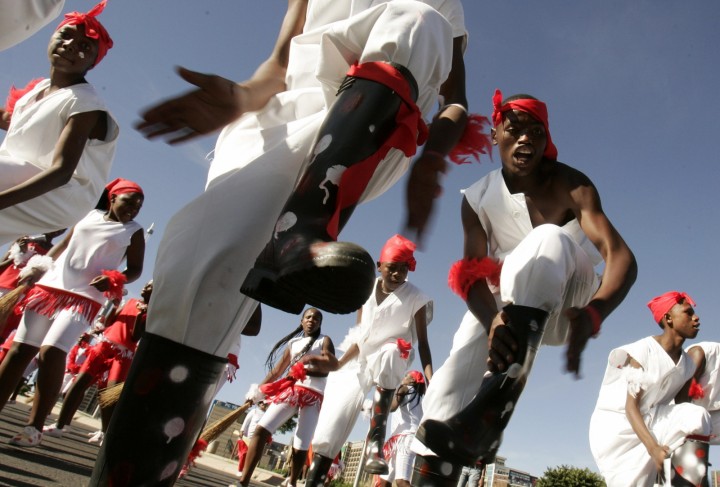 If you have a pair of wellington boots, you may want to try this. The Gumboot Dance of South Africa is exactly what it sounds like – a dance performed in gumboots. The dance originated in the gold mines in South Africa during the oppressive Apartheid era. Labourers worked in appalling conditions for three months at a time so the bosses provided them with gumboots. The labourers decided to use them to communicate – they would slap their boots, stamp their feet and rattle their ankle chains. In their free time, miners would also sing, dance, drink and reminisce about their families and so, the tradition of Gumboot dancing was born.

Check out this rhythmic performance by Waterford students. It’s kind of like the “Cups” song, but better:

If Gumboot dancing is for you, you can try this tutorial by Rune Thorsteinsson in the comfort of your own home.

Worn out yet? No matter what country of origin or style, dance requires plenty of practice. Sounds like hard work, but the end result will be a mind-blowing performance that will wow audiences, and maybe even yourself. These dances definitely look like fun to try, so what are you waiting for?

Which of these dances are your favourite? Got any dance styles you’d like to share? Let us know in the comments!